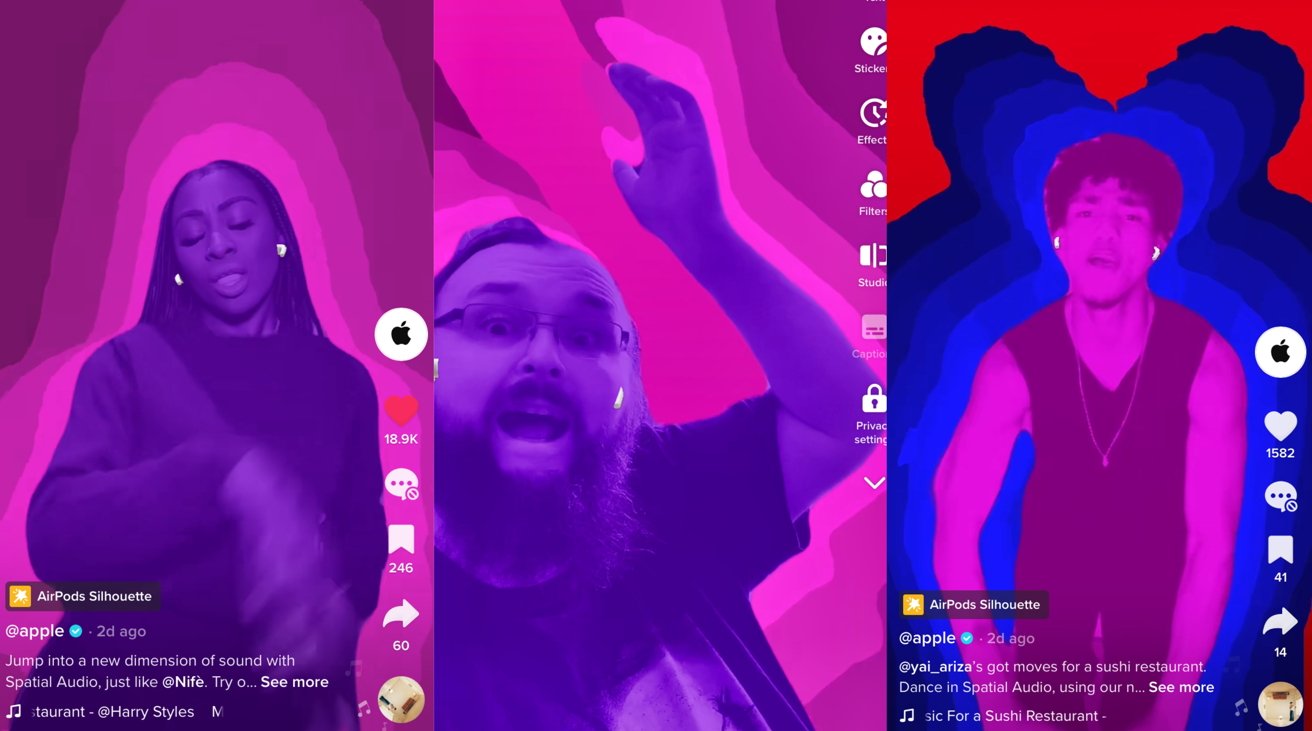 Initially revealed via promoted posts on TikTok, users of the video-based app can create a short clip of them dancing to the Harry Styles track “Music For a Sushi Restaurant.” Like many other videos that feature on the app, it’s all conducted through a new camera effect.When applied, the effect changes the background to a solid color and overlays a different color over the user, reminiscent of older famous spots for the iPod. As colors and the background change, users may also be able to spot AirPods digitally placed in their ears.