Asus ROG Phone 6 has leaked in new renders ahead of its official launch on July 5. The ROG Phone 6 follows the ROG Phone 5 from last year and will be launching globally next week. Some of the key specifications of the ROG Phone 6 have also surfaced courtesy of the TENAA certification listing. But a new leak gives us a look at the design of the upcoming ROG Phone 6 along with a couple of accessories to go along. 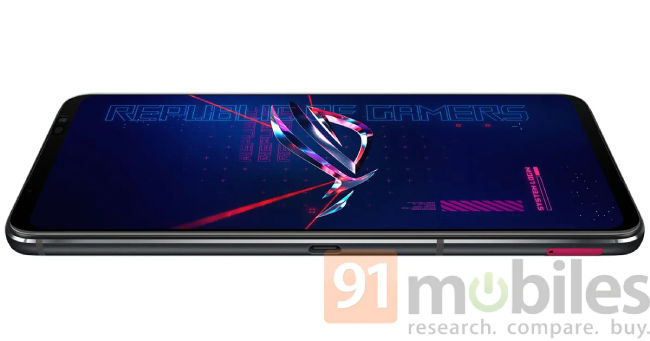 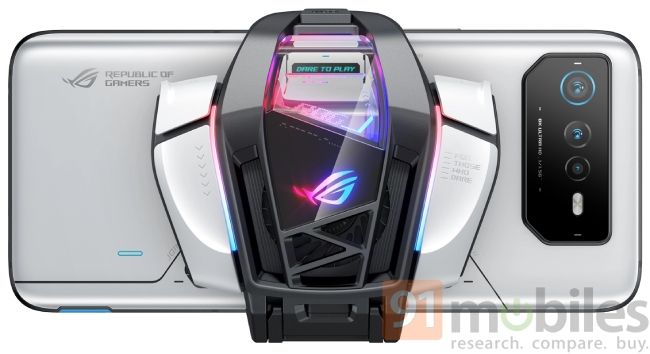 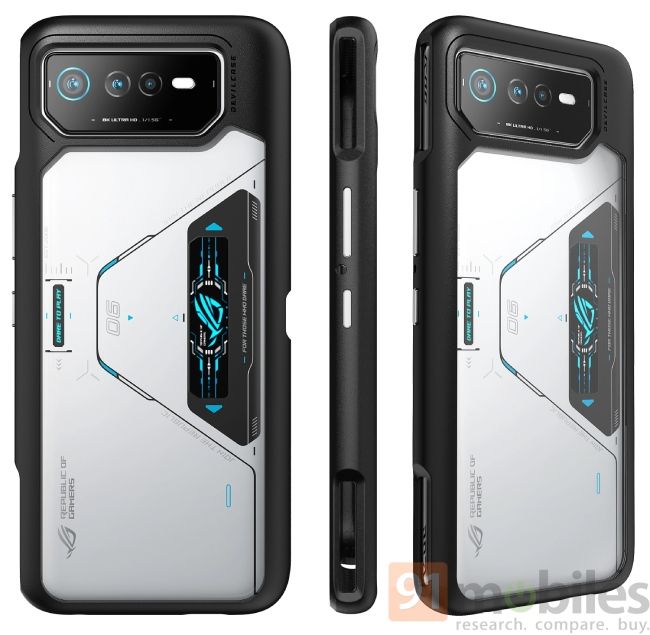 We also get a look at two ROG Phone 6 accessories: the Aero Active Cooler 6 and the Devilcase Guardian Lite Plus. The Aero Active cooler isn’t new though it seems it’s been redesigned with a larger fan outlet and RGB lights along with four additional trigger buttons. The Devilcase Guardian Lite Plus, however, is a new accessory for a ROG Phone and acts as a protective shell with cutouts for two shoulder buttons. Devilcase is a Taiwanese manufacturer of phone cases and its Guardian range of cases is said to be extremely durable. 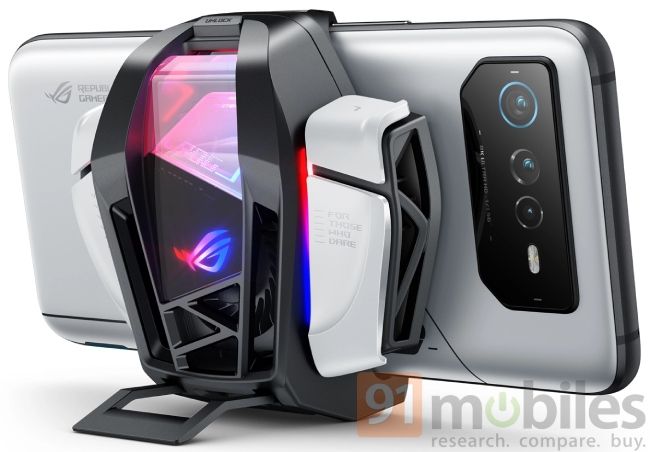 The Asus ROG Phone 6 has been spotted in a TENAA listing giving away its key specifications. The ROG Phone 6 features a 6.78-inch AMOLED display which is the same size as the ROG Phone 5 but has a higher 165Hz refresh rate. It even has the same profile measuring 10.3mm and 239 grams.

As with every iteration of the ROG Phone, the ROG Phone 6 is powered by the flagship Snapdragon 8+ Gen 1 chipset and is said to be paired with upto 18GB LPDDR5 RAM and upto 512GB UFS 3.1 storage options to choose from.

The ROG Phone 6 is also rumoured to have a telephoto lens with 5x optical zoom which would be a first for any ROG Phone. Additionally, the ROG Phone 6 has a 5,850mAh battery that supports 65W fast charging, the same as the ROG Phone 5. We’ll know more as we near the offical launch date next week.