A number of documents signed by Steve Jobs and other tech pioneers, as well as additional collectible Apple memorabilia, is set to hit the auction block later in July. 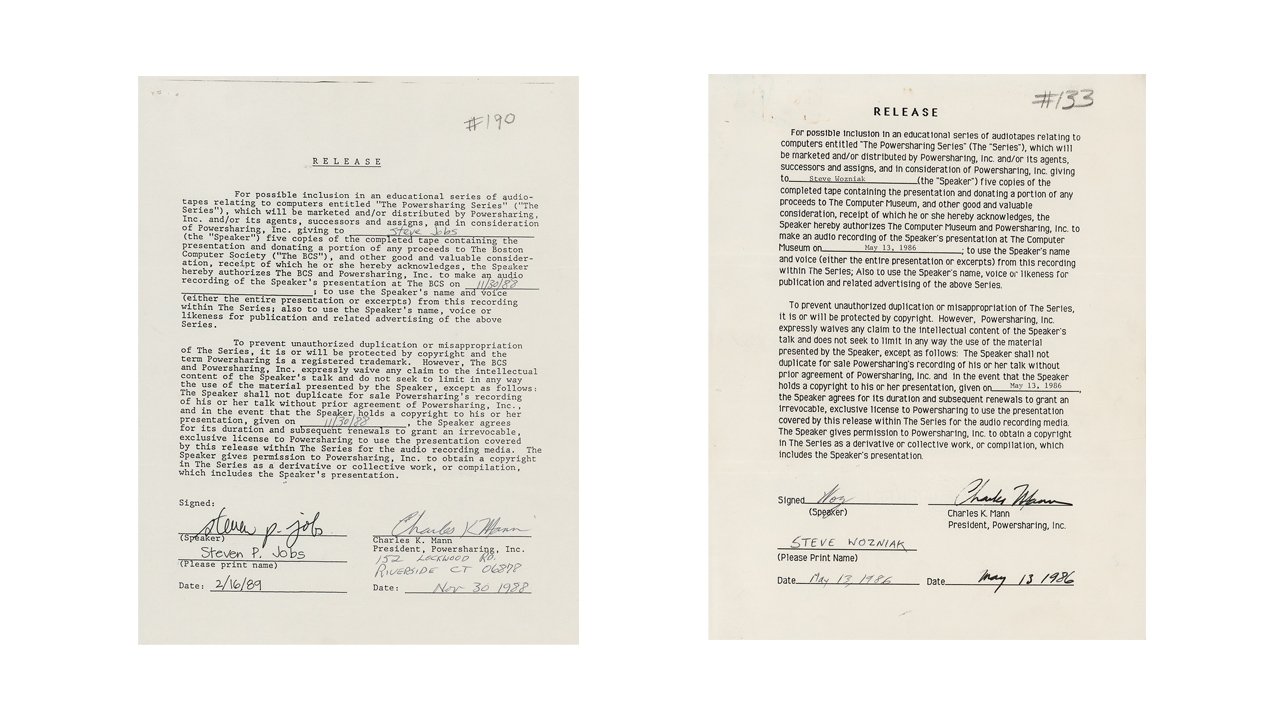 The items were collected over the years by Charles Mann, creator of the educational Powersharing Series and the person who recorded audio of early NeXT computer meetings. They’re being included in a new “Apple, Jobs, and Computer Hardware” lot soon to go up for auction.