Google is going to launch the latest Chromecast with TV in India. Although the company is yet to announce the same, we have come across the media streaming device listed on Flipkart. Thanks to it, we have learned the Chromecast’s India price, and its key specs. Let’s quickly hover our eyes over it.

Google Chromecast With TV India: What You Need To Know 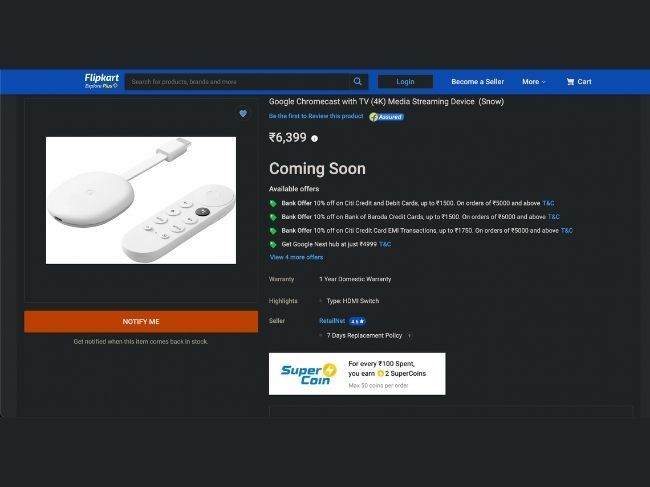 The other month we came to know that Google Chromecast with TV is incoming to India after nearly 2 years of its debut in the US market. This piece of news was reported by FlatpanelsHD.

Albeit late, the device stands out from the competition for its support for Google TV out of the box. 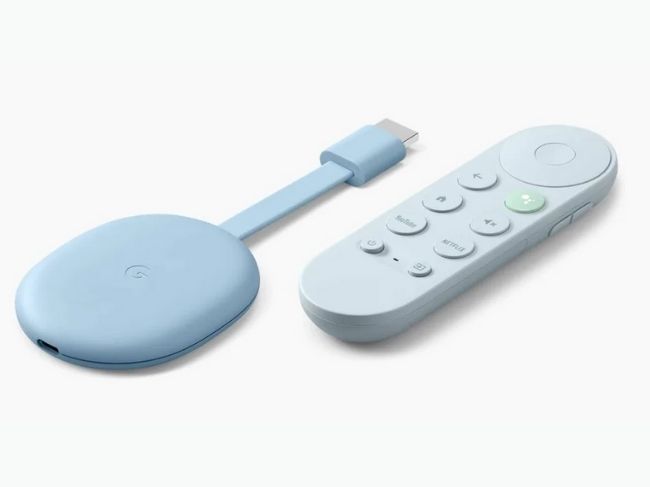 Besides the software appeal, the upcoming Chromecast offers 4K content with Dolby Vision enhancement and Dolby Atmos audio. The latter also works over HDMI. Then there is the facility of remote control with dedicated buttons for Google Assistant and Netflix among other things. Speaking of which, Google TV on this Chromecast will provide you with content from Amazon Prime Video, Disney Plus Hotstar, and Sony Liv.

The Flipkart page reveals the streaming puck will be complemented by a power cable, power adaptor, a voice-based remote, and 2 AAA Alkaline batteries.