MediaTek has silently released the Dimensity 9000+ SoC. This would be the stopgap chip, that  takes the crown of the flagship MediaTek chipset until the next big thing comes. It is said to come within phones in the third quarter of 2022. And you can expect a 5-percent performance boost in CPUs and a 10-percent better graphics. Let’s see what brings about this difference.

MediaTek Dimensity 9000 Plus Specs and Features 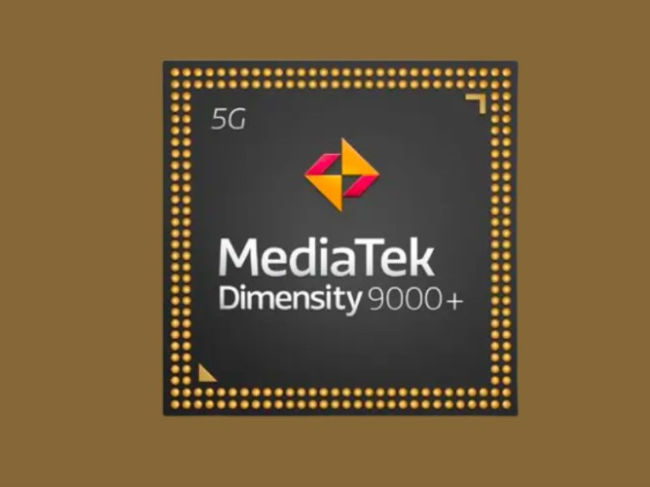 From the specifications, the Dimensity 9000+ seems pretty much the same design as the original. It’s just that the Arm Cortex X2 prime core is now clocked at a tad higher 3.2GHz frequency. The rest of the chip layout comprises 3x A710 performance cores running at 2.85GHz and 4x A510 efficiency cores.

The accompanying Mali G-710 MC10 GPU also gets some tweaks but the company hasn’t revealed what it is. 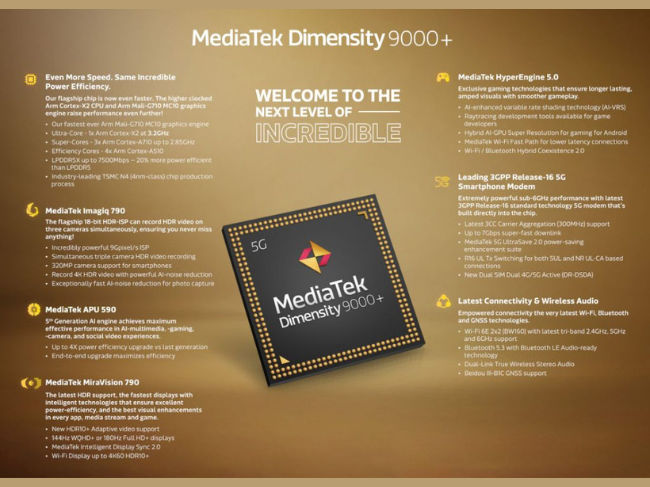 It is a 5G integrated chip and also comes with Wi-Fi 6E and Bluetooth 5.3 for connectivity.