OnePlus Nord 2T could launch on June 27 in India as per the latest leak which gives us a hint about the pricing of the upcoming Nord phone. The Nord 2T made its global debut with the MediaTek Dimensity 1300 chip a month ago on May 19 but there was no word on its India launch back then. However, it seems like OnePlus is gearing up for the launch of the Nord 2T in India which is the successor to the infamous OnePlus Nord 2 from last year.

According to a report by RootMyGalaxy that cites Passionategeekz’s Twitter handle, the OnePlus Nord 2T could launch on June 27 in India and will be offered in two colours: Jade Fog and Gray Shadow. Furthermore, the report states that the Nord 2T will be priced starting at Rs 28,999 for the base variant with 8GB RAM and 128GB storage and ₹31,999 for the 12GB+128GB storage option. OnePlus will also announce some bank offers that will bring down the pricing to around Rs 25,000 with sales commencing from the first week of July. 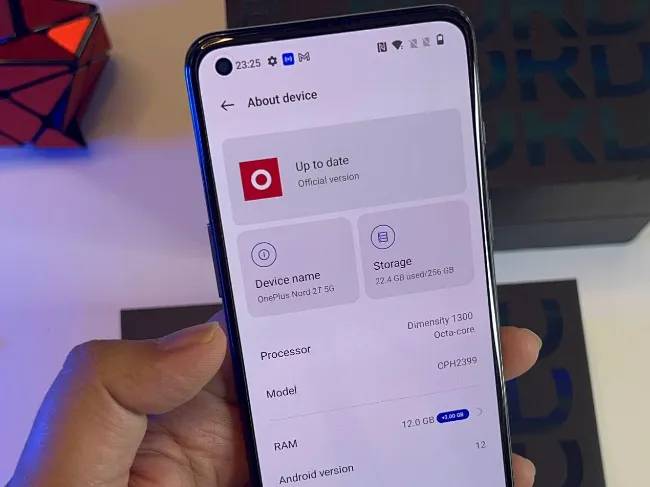 The OnePlus Nord 2T features a 6.43-inch Full HD+ AMOLED display that offers a 90Hz refresh rate and HDR10+ playback support. It is topped with a layer of Gorilla Glass 5 for added protection and has a plastic frame that measures 8.2mm and weighs 190 grams.

It is powered by the Dimensity 1300 chipset with upto 12GB RAM and 128GB storage option and runs on OxygenOS 12.1 out-of-the-box. The Nord 2T has triple cameras on the back headlined by a 50MP camera with OIS, an 8MP ultra-wide camera and a 2MP depth sensor. On the front, there’s a 32MP selfie camera.

The Nord 2T has stereo speakers and an in-screen fingerprint sensor. It comes equipped with a 4,500mAh battery that supports 80W fast wired charging.