Poco has launched the Poco X4 GT and Poco F4 in the global market. The latter is made available in India too. Both phones share similarities with each other like a 64MP+8MP+2MP triple rear camera setup, and MIUI 13 based on Android 12. The phones also bear resemblance to other Xiaomi phones. For instance, the Poco X4 GT appears to be a rebranded Redmi Note 11T Pro which again is expected to land in India as Redmi K50i. Speaking of availability, the Poco smartphones have currently landed in Europe. Here is how much they cost, among other details — 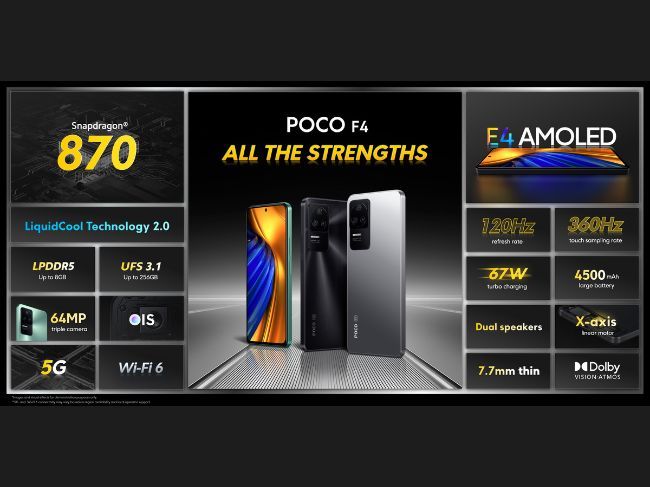 Poco F4 is having a 6.67-inch AMOLED panel with a 120Hz refresh rate, Dolby Vision, and FHD+ resolution. Within its punch hole lies a 20MP selfie snapper. The back cameras, meanwhile are a 64MP leader, an 8MP ultrawide sensor, and a 2MP macro shooter.

To unlock the device, you get a side-mounted fingerprint sensor and face unlock. Once you do, you will be interacting with Android 12-based MIUI 13 laid on top of the Qualcomm Snapdragon 870 chipset. The innards also consist of LPDDR5 RAM, UFS 3.1 storage, a 4500mAh battery with 67W fast charging support.

Other things in the mix are a USB-C port, WiFI 6, Bluetooth 5.2, 5G, Dolby Atmos-tuned dual stereo speakers, and an infrared sensor. It is available in Green, Black and Silver color. 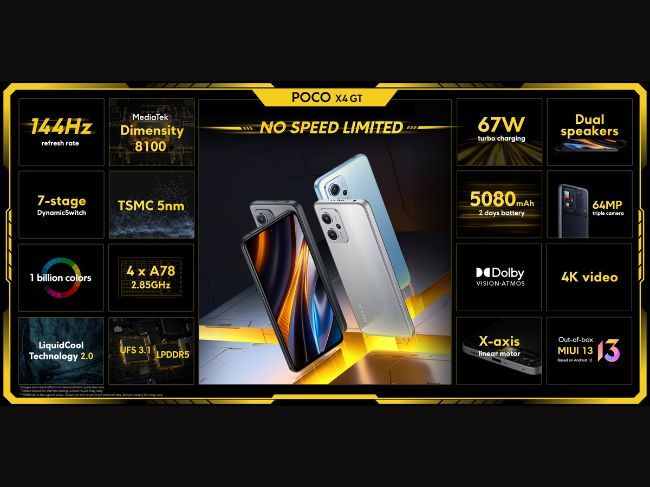 Poco X4 GT sports a 6.6-inch FHD+ 144Hz screen. The phone’s camera arrangement includes a 16MP front camera and a 64+8+2MP triplet at the back. The internals comprises a MediaTek Dimensity 8100 chip, and a 5080mAh battery. 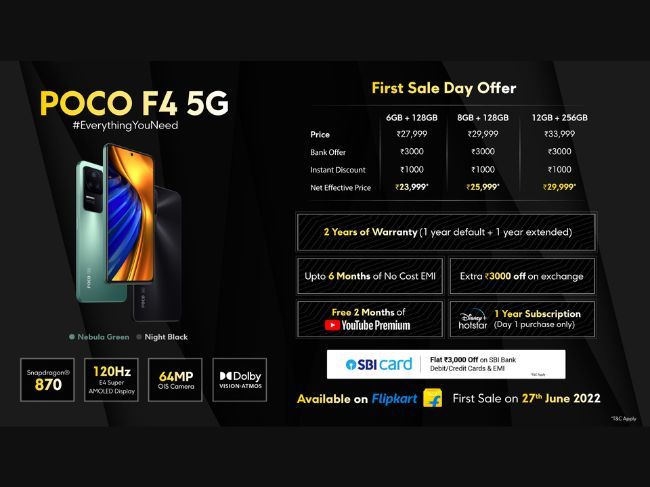