Realme has announced the Realme TechLife Watch R100 on Twitter. The wearable will be available on June 23 at 12:30 p.m. Realme’s smartwatch will have a round-shaped dial surrounded by aluminium alloy and a matte back cover.

The wearable will reportedly come in two colours: black and cream, however the actual names of the colours have yet to be revealed. Flipkart will sell the Realme TechLife Watch R100. 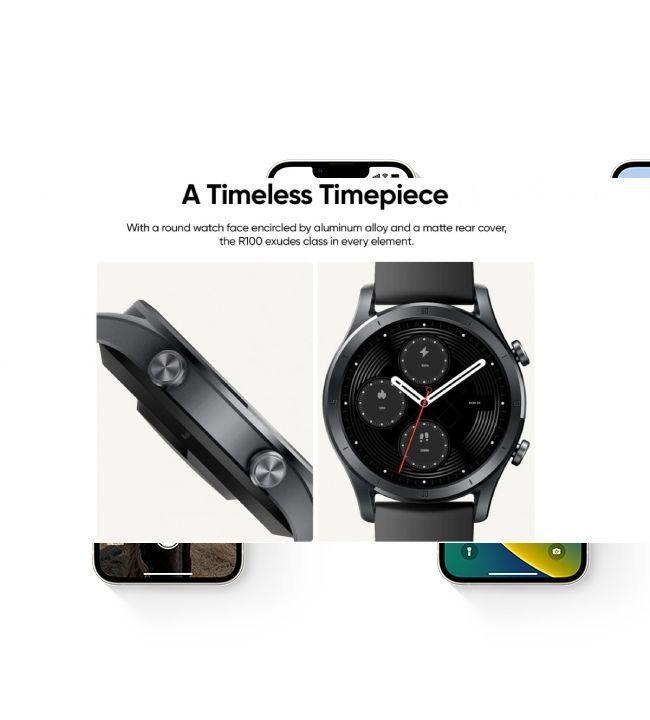 Realme just released the Realme TechLife Watch SZ100. The smartwatch is priced at Rs. 2,499 and is available in Lake Blue and Magic Grey. The SZ100 also came with a 1.69-inch HD colour display. It was outfitted with sensors for measuring skin temperature and was rated to last up to 12 days on a full charge.

Realme also released the TechLife Watch S100 in March. It was priced at Rs. 2,499 in India and was available in Black and Grey. So we can expect the Techlife R100 to be priced around the same region.

The Realme Watch S100 even has an IP68-certified metallic finish, and Bluetooth v5.1 connectivity, and is compatible with devices running Android 5.0 or iOS 11. The smartwatch has a 260mAh battery that can last roughly 12 days on a full charge.