Xiaomi has finally brought its CyberDog to India. The Chinese tech giant, which has had a great run in India with its consumer electronic products, now wants to showcase its cutting-edge developments to the Indian audiences. CyberDog is the best example of this. Powered by an NVIDIA processor using the Jetson Xavier platform and an internal engine which allows it to run at a speed of 11.52 kmph, it is as good as it gets. 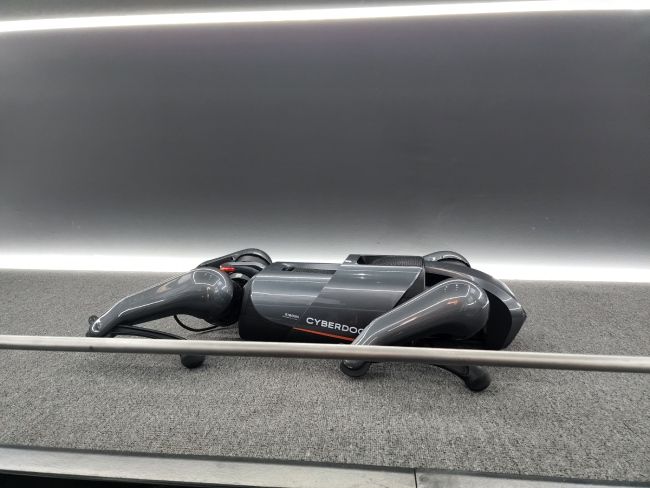 We had our first look at the CyberDog at the Mobile World Congress earlier this year, where Xiaomi had brought it to its booth. And it did impress us. However, we continued to wait to see its face in our backyard, as it wasn’t until now that Xiaomi introduced the robot in India.

CyberDog at your service

The CyberDog was unveiled on the 8th anniversary of Xiaomi in India, which was on July 4. Having already teased the unveiling date on Twitter, the company took it to Twitter to announce that the Xiaomi CyberDog will finally be knocking on the doors of Indian consumers. As per the brand, it will have 32 Nm of maximum torque output, a max motor speed of 220 rpm, and, as stated earlier, a walking speed of about 11 km. There are multiple sensors which are embedded, giving the dog all sorts of different functional abilities.

The future of technology is here, come experience it at select Mi Homes: https://t.co/56n8UlG83G pic.twitter.com/UW8Hrb5NC7

For those willing to experience this new innovative product before it goes on sale, Xiaomi has made adequate arrangements. The CyberDog will soon be up for display and available for people to check out in person at three Mi Homes across the country. These include the Mi Home in Indiranagar in Bangalore, Punjabi Bagh in Delhi, and Thane in Mumbai. If you are not in one of the cities, Xiaomi has made a dedicated page for this product, which you can visit and get an idea of what it would feel like in real life.