We’re taking the world by storm with the all-new #XiaomiSmartStandingFan2!

Built to be #QuietSmartQuiteCool, this category entrant is indeed a breath of fresh air.

Here’s @tucneekfreek to tell you all about it! 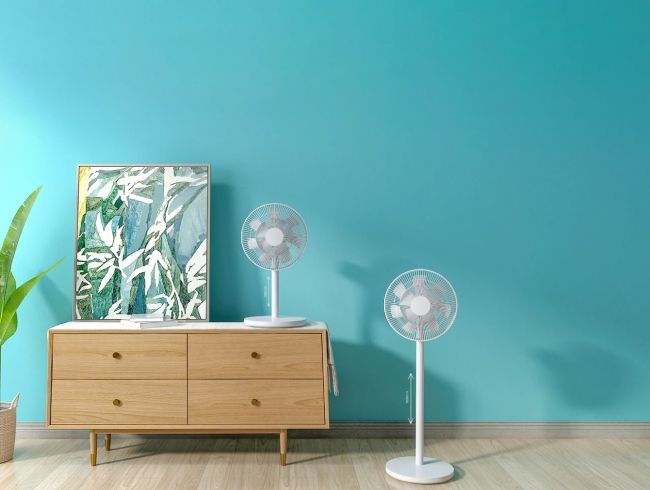 The Xiaomi Smart Standing Fan 2 is powered by a silent BLDC motor which has a longer life than conventional aluminium-wire motors. The standing fan also has a dual fan design with 7+5 wing blades that ensures an increased airflow with a minimal operating noise of 30.2dB(A). It offers 140-degree horizontal rotation and 39-degree vertical tilt with an airflow range of 14 meters.

The Xiaomi standing fan offers over 100-speed levels that can be tuned by using the Home app to get a direct air blow. Moreover, the fan also supports Alexa and Google assistant and can be used with voice commands.

This Xiaomi Smart Standing Fan 2 weighs around 3kgs and has an adjustable height with just a press of a button. It has a 6-step assembly process and the frame is washable too.