YouTube is a jump ahead of Spotify with its Season Rewind playlist feature. Well, besides playlists, the service offers you a list of your most played artists, songs, albums, etc in the previous season. It will be a recurring thing and is poised to come out every season. Meanwhile, its biggest competitor Spotify’s Wrapped is a bop every time it lands but is limited to annual appearance. There in lies one big difference between the two approaches. Let’s see what else you could expect out of the new YouTube Music feature. 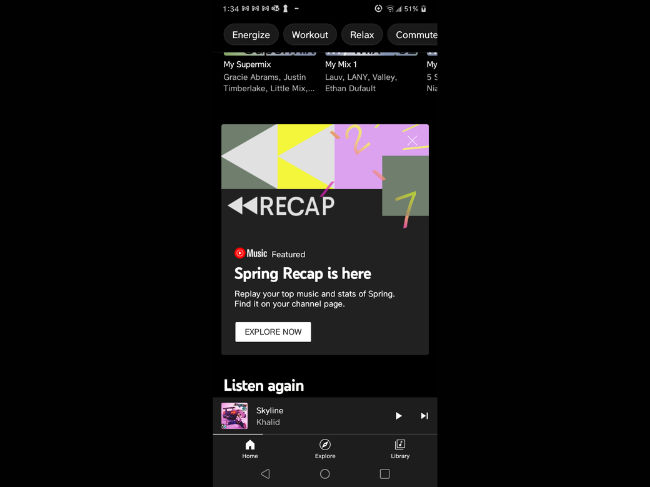 YouTube calls this “an exploration of your top artists, songs, albums and playlists over the last season”.

To view it, you just need to go to music.youtube.com/recap or the landing page on the YouTube Music app for Android and iOS.

Right now, only some users have got the spring Youtube Music playlist. But the company must be rolling it out in a phased manner.

Once you have the YouTube seasonal recap, you get to share it easily. After all, boosting engagement and reach are the goals behind such initiatives by the streaming platforms. 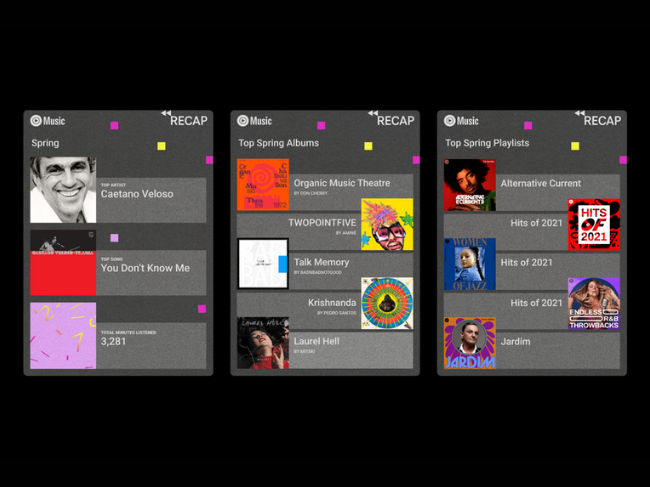 Thus, YouTube promises both seasonal and annual music recaps along with other stats and features.

So like the Spotify compilation which has inspired the new YouTube recap feature, let’s see if the latter manages to gain traction and have the same level of popularity if not one-up the competition.